May 11 (Reuters) – Alphabet Inc’s (GOOGL.O) Google on Wednesday previewed augmented-reality glasses that display translations of conversations in real time, and it laid out additional plans to bridge the real world and its digital universe of search, Maps and other services using artificial intelligence.

Google also teased a tablet to be launched in 2023 and a smartwatch that will go on sale late this year, as it unveils a strategy to offer a group of products comparable to rival Apple Inc (AAPL.O) that could provide rich rewards from Google’s ad sales.

At its annual Google I / O developer conference, the company showed a video of its glasses prototype displaying translations for conversations involving English, Mandarin, Spanish and American Sign Language.

Eddie Chung, a product director at Google, called them “subtitles for the world.”

“What we’re working on is technology that enables us to break down language barriers, taking years of research in Google Translate and bringing that to glasses,” he said.

Google earlier demonstrated a feature that eventually would let users take video of shelves of wine bottles at a store and ask the search app to automatically identify options from Black-owned wineries.

“This is like having a supercharged Ctrl + F for the world around you,” said Prabhakar Raghavan, a Google senior vice president, referring to the keyboard shortcut for finding something in a document. “You can search your whole world, asking questions any way and anywhere.”

Similarly, users later this year will be able to snap a photo of a product and locate nearby stores where it is available, Raghavan said.

Later this year, Maps will launch an immersive view for some big cities that fuses Street View and aerial images “to create a rich, digital model of the world,” Google said.

In other announcements, a relaunched Google Wallet app will support virtually storing drivers licenses in some areas of the United States later this year, mirroring a feature Apple debuted for Arizona on its iPhones in March.

Alphabet shares were up about 0.5% following the conference, which was again held virtually due to COVID-19 concerns.

The tablet reverses Google’s decision three years ago to abandon making its own following poor sales, while the round-faced Pixel smartwatch could undercut Google’s Fitbit devices.

Google derives most of its revenue from ads, a business that has surged for years as the pandemic and smartphones lead to people spending more time online.

But devices could matter more for Google over the long run. Ads displayed on its own devices deliver a higher profit margin because sales do not have to be split with hardware partners such as Apple that help distribute Google services on their gadgets.

The tablet, which will carry a premium price and be on the larger end, follows user interest, Rick Osterloh, Google senior vice president for devices and services, told reporters, noting that it was unusual to tease a product a year ahead.

“Users are thinking about an ecosystem,” Osterloh said. “We are newer to this space, and we wanted to give people more of a view of where we are headed.”

Google’s previous venture in tablets led to under 500,000 units sold, according to market researcher IDC.

Osterloh said the Pixel Watch, which will not be compatible with Apple’s iPhones, will attract different users than Fitbit, which is associated with health and fitness. Google acquired Fitbit in January 2021 for $ 2.1 billion.

Google also said that its Pixel 6a smartphone, which carries less robust cameras, memory and display than its more expensive Pixel 6, would go on sale July 21 starting at $ 449.

Google’s smartphones continue to command under 1% of the global market, IDC analysts said, and the more affordable “A” series accounts for roughly half of it shipments.

Osterloh also said Google will soon open its second retail store, in the New York City borough of Brooklyn, following a larger one in Manhattan that debuted last year. 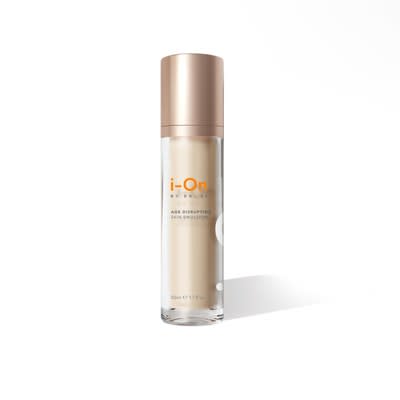