WEST LAFAYETTE, Ind. – Purdue research searching the cause and cure for Tourette syndrome will be further funded with a $ 2.6 million grant from the National Institute of Mental Health.

Peristera Paschou, professor of biological sciences and associate dean for graduate education and strategic initiatives for the College of Science, is the primary researcher for further study on the syndrome.

Paschou leads multiple worldwide Tourette’s research collaborations. Her work is supported by the National Science Foundation, National Institutes of Health and the National Institute for Neurological Disorders and Stroke. Her previous work includes being the co-author on a 2017 groundbreaking study that was first in the world to identify risk genes for Tourette syndrome. In 2021, she led a study that discovered more on the common genetic basis of Tourette-related neurodevelopmental disorders.

This NIMH grant will allow for the biggest neuroimaging and genetics studies for Tourette syndrome to date, according to Purdue. Her work will coordinate with the work of geneticists, neurologists, psychiatrists, child psychiatrists, brain-imaging experts, computer scientists and statisticians in 18 sites in nine countries.

“The effort builds on past progress by the worldwide ENIGMA Consortium (Enhancing Neuroimaging Genetics through Meta-analysis),” Purdue’s release said. “Leading members of the team include co-investigators at the University of Southern California, professors Paul Thompson and Neda Jahanshad, as well as Kevin Black at Washington University in St. Louis.”

Tourette syndrome is characterized by sudden, repetitive movements or vocal sounds; typically beginning in childhood. While Tourette syndrome affects around 0.5-1% of the world population, in 90% of those cases, coexisting conditions are also diagnosed. These conditions typically include obsessive compulsive disorder; attention deficit hyperactivity disorder; autism spectrum disorders; major depressive disorder and anxiety disorders, according to Purdue.

“What we and others have shown very recently is that this very high comorbidity may, in fact, be due to a common genetic cause,” Paschou said. “So, some of the same genes play a role and drive all of these symptoms. Understanding Tourette syndrome will also help us understand other disorders that lie across the so-called impulsivity-compulsivity spectrum of phenotypes. ”

There is currently no known definitive cause of Tourette syndrome, but is attributed to multiple gene variations and environmental factors. Current treatments include behavioral and drug therapies.

Paschou looks forward to the successes this five-year research initiative could bring.

“All of this genetic work has the goal to help uncover targets for potential therapies, and also to help drive diagnosis and management for any of these related disorders,” she said. “Everything that we do is driven by the goal to eventually increase quality of life for patients and their families. We do all of this work for them. ” 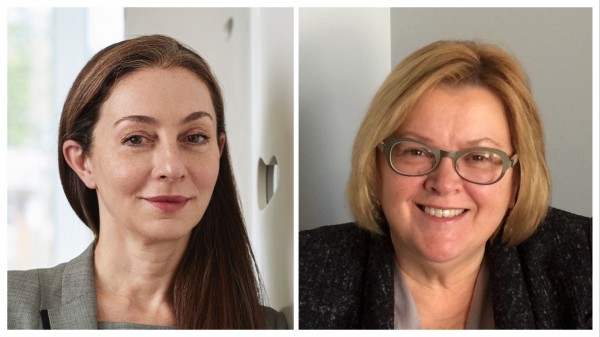