Rep. Ronny Jackson’s first term as a member of Congress has not been without controversy. The Texas Republican has, for example, faced awkward questions about why Oath Keepers members were texting about him during the Jan. 6 attack on the Capitol.

Also during his first term, Jackson was accused by the Pentagon inspector general’s office of “inappropriate conduct” during his tenure as the top White House physician. Months later, the GOP congressman suggested the existence of the omicron variant was part of some kind of elaborate Democratic conspiracy related to the 2022 midterm elections. He even labeled omicron the “midterm election variant.”

As of yesterday, however, the Texan has a brand new problem. Roll Call reported:

Monthly dues paid by Texas GOP Rep. Ronny Jackson’s campaign to a private social club in Amarillo, Texas, “likely implicates the prohibition against personal use of campaign funds,” the Office of Congressional Ethics has concluded. Documents collected by the nonpartisan ethics office and released Monday show Jackson joined the Amarillo Club, located in his congressional district, in October 2020 and used campaign funds to pay for a $ 649 membership and application fee. Jackson’s campaign committee, Texans for Ronny Jackson, made regular dues payments to the club.

In case this is not obvious, it is illegal to use campaign funds for personal expenses. In fact, Roll Call’s report added that federal law is quite explicit in prohibiting spending on “country club memberships” and “dues and fees for health clubs or recreational facilities.”

Jackson’s office has pushed back against the allegations by insisting that the membership was bought for campaign purposes: The club’s space was to be used for meetings and events.

It will be up to investigators to determine whether the explanation has merit, but let’s note for context that these kinds of allegations can become quite serious. To be sure, alleged misuse of campaign funds might seem like relatively small potatoes as political controversies go, but as the Duncan Hunter and Jesse Jackson examples show, these stories can sometimes grow.

As it turns out, Jackson was not the only GOP member yesterday receiving discouraging news from the House Ethics Committee. As we discussed earlier, Rep. Madison Cawthorn of North Carolina is also now facing a new ethics probe, as is Rep. Alex Mooney of West Virginia. Roll Call also reported:

Rep. Alex X. Mooney and his family vacationed at a Ritz-Carlton resort in Aruba mostly on the dime of HSP Direct LLC – a company to which the lawmaker has significant personal ties – likely constituting an impermissible gift under House rules, according to an Office of Congressional Ethics report. Mooney also likely violated federal law by enlisting congressional staff to plan that trip on official time and using official resources, OCE said.

A New York Times report added that seven former and current employees of the Republican congressman “described frequent requests to complete unofficial tasks – ranging from babysitting and car repairs for a personal vehicle to assisting with personal finances and businesses – solely for the personal benefit of Mr . Mooney and his family. ” From the article:

When the Mooneys were unable to watch their dog Skipper, for instance, they asked a former aide to drive Skipper from their home in Charles Town, W.Va., to a relative’s home in Bethesda, Md. Multiple former staff members were also expected to gather Mr. Mooney’s dirty clothes from various places in the official office and have them taken to the dry cleaners in the Longworth House Office Building, investigators said …. Mooney also asked an aide to take a shirt and a towel home with her to wash in her washing machine, the report stated.

If Mooney’s name sounds at all familiar, it was just last week when he faced off against a fellow West Virginia congressman in a GOP primary made necessary by redistricting. Mooney, with Donald Trump’s backing, won easily.

Steve Benen is a producer for “The Rachel Maddow Show,” the editor of MaddowBlog and an MSNBC political contributor. He’s also the bestselling author of “The Impostors: How Republicans Quit Governing and Seized American Politics.”

LCPS meal site runs out of food on the first day 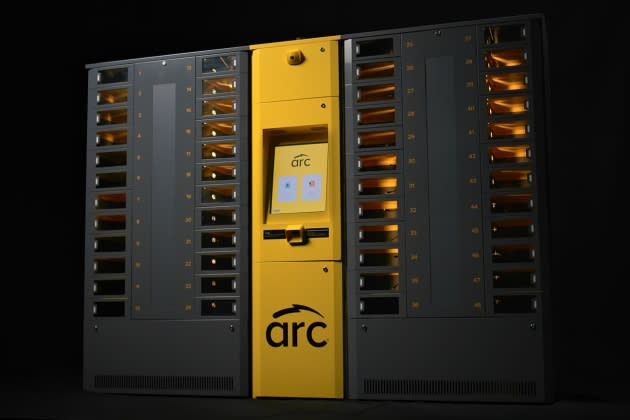